Skip to content
Fire ScienceArchitectureWhat Science Says About Your Next Firehouse

Research is playing a leading role in firefighter health and wellness, and that’s making its way into fire station design.

Does where you work change your overall well-being?

Not “where,” as in which fire department, or part of the country, but “where,” as in terms of the physical space — the real, three-dimensional structure.  And by well-being we’re not talking about anything insubstantial or unproven, but measurable, data-backed well-being. Can where you work increase your physical conditioning, create better mental focus, encourage more sleep, and result in fewer health problems and injuries?

In other words: Could the fire department where you work have a positive or negative effect on your mental and physical health?

Many of the leading architects who specialize in fire department design believe it does. And in many cases, scientific research backs that up.

Preventing firefighter cancer, of course, is the most shining example of fire station design working in step with known science. For more than a decade the science has been clear: firefighters are at greater risk than most of contracting certain cancers. And we’ve done a remarkable job of learning how firefighters become contaminated, including PPE off-gassing and carcinogen absorption through the skin and by inhalation, to name a few.

Firehouse architects have responded by, for example, building fire departments that incorporate direct-capture exhaust removal systems to contain diesel exhaust (a known carcinogen). HVAC systems have been designed to create positive pressure in the living quarters in order to keep the nasty stuff in the bay areas and away from eating, sleeping and exercising firefighters. Apparatus bays have been given independent HVAC systems as another way to keep contaminants out of living areas. These days we’re seeing gear cleaning and storage areas being isolated, and better contamination control in apparatus bays.

Rick Kuhl, president and principal of WSKF Architects, says having environmental control and separation is fundamental to firefighter health. Kuhl was a consulting architect for Des Moines when the city designed its new Station 11. In addition to designing hot, warm and cold zones with the greatest air pressure moving from cold to hot zones, the station was planned to make it easy for firefighters to decontaminate and isolate carcinogens. For example, after a fire, firefighters move from the bay to a decon room with laundry and washing equipment, on to a personal shower, and then to living quarters. The design is meant to reinforce the department’s wellness policies — to make the intended function firefighter proof.

And of course, these measures benefit both volunteer and career firefighters.

Kuhl says combination and volunteer fire departments need to pay special attention to a building’s areas for cleaning and storing gear. “This would include the ability to change clothes at the station prior to returning home as well as cleaning worn clothes at the station,” he says. “Contaminated clothing – and personnel – need to be managed and maintained proactively.”

Chris Roman, a senior associate with Moseley Architects, agrees. “Keeping the gear in bunk rooms contradicts best practice carcinogen strategies,” he says. “Storage of a recently-cleaned ‘B set’ of gear in the sleep rooms, living spaces, or even in a volunteer’s personal vehicle can bring carcinogens into their living space.”

Many of these cancer-reducing design measures can also have a positive effect on cardiovascular health — another long-recognized concern because of its contribution to firefighter death and illness.

Firefighter sleep is another area where design and research are working in concert. While sleep may seem a less hardcore health issue than carcinogen exposure, science continues to find new, direct links between sleep, health and longevity. And that science isn’t confined to the general public.

“Sleep is quickly becoming the Holy Grail of firefighter health and wellness,” says Sara Jahnke. And she should know: Jahnke is a leading industry researcher who recently launched Science to the Station: A Health & Wellness Alliance (Science Alliance for short), a platform to bring important firefighter health and wellness science to firefighters. “We’ve intuitively known that firefighters don’t sleep well. But now with the data to back that and data showing that sleep is as integral to firefighter wellness as diet and exercise are, sleeping quarters need to be a top design priority.”

For example, recent research showed a connection between career firefighter shift schedules and sleep quality. In short, firefighters had the worst sleep on both nights before starting a shift and before ending a shift. Later shift-change times may be one fix to that issue.

A previous study by Science Alliance researchers examined the degree to which career firefighters experienced excessive daytime sleepiness based on sleep deprivation and other variables. It was the first study of its kind for the fire service. They found that many firefighters were likely experiencing undiagnosed sleep disorders. They also found a correlation between depression and sleep problems in firefighters.

Researcher Christopher Kaipust, also affiliated with Jahnke and Science Alliance, published findings in 2019 that showed a direct link between firefighter obesity and poor sleep. What was interesting there was that poor sleep was a predictor for obesity, and obesity was a predictor for poor sleep. Not surprisingly, both were linked to a greater chance of on-duty injury. In short, obesity and poor sleep become a vicious cycle, tearing away at firefighter health and wellness.

Fire service-focused architects have matched these findings by ditching the large communal sleeping room for individual bedrooms with improved bedding and individual controls for temperature, noise and light. Architects and fire chiefs are also working with alarm vendors to find less jarring ways to alert firefighters to calls during the small hours of the night.

Even harder to quantify is the notion that things like direct light play a role in firefighter health. More and more, firehouse architects are looking for ways to get more of the natural environment — sunlight, trees and even animals — built into the design.

Using light as an asset

Biophilia is the term for our affinity with the natural world, and the term “biophilic design” has been pushing its way toward the front row of building planning for the past few decades as a catch-all for those efforts. This can be done with windows and skylights that let in more natural light, provide access points to outdoor gardens, the incorporation of indoor plant life, and even the choice of materials and colors used for furniture.

Here again, the movement is backed by scientific research. One study found hearing natural sounds after an exposure to stress improved mental health recovery by 37 percent. Other researchers studying patients found that hospital stays were shortened, recovery was faster, pain medication was used less and depression was less prevalent when views of nature from a window and indoor plants were made available.

“The increased risk of suicide in first responders has prompted the push for respite spaces, biophilic elements and a focus on sleeping space design, all in the name of reducing everyday stress in the station and reducing secondary trauma,” Roman says. “Adjustable lighting, sound attenuation, and familiar materials in bunk rooms all contribute to the ability of staff to maintain a natural circadian rhythm. Spaces used to rest the body and the mind are becoming increasingly important to retaining staff and reducing burnout.”

And for those departments not planning to build a new station any time soon, there are a few firehouse hacks that can improve firefighter health and wellness without busting the budget.

“At the top of the list of budget-friendly options for firefighter health and wellness are tack mats,” Kuhl says. “Place a tack mat on the living quarter side of every door that leads into the apparatus bays. The mat should be large enough to catch one stride into the living quarters. Particulate from the apparatus bay floor (where the exhaust particulate settles out) will be tracked and captured by the tack mat. Monitor and replace the sheets when they appear to be dirty.” It only costs about $60 for 60 sheets of 24×36 tack mat sheets.

He also recommends sealing the doors separating the apparatus bay and living area with gaskets between the door and frame along with a sweep between the door and the floor. This can be done for around $100 per door, he says. And he says to have sanitizing stations with both a liquid sanitizer and individual wipes in the apparatus bay at each door going into the living space. This can be done for less than $250.

One of the biggest challenges in designing firehouses for optimal firefighter health and wellness is a big question mark: the future. Research into what harms firefighter health is ongoing, and the recommendations for better health outcomes can change based on new findings. And with fire stations being built to last 25 to 50 years, a lot can and will change over the life of the station.

When asked how health and wellness will drive fire station design in 10 years, Roman laughed and said things are changing so fast, they aren’t sure what to expect over the next 10 days.

“We do see that overall awareness of the importance of health and wellness is on the rise,” Roman says. “Changes in apparatus and technology are altering how we respond to emergency calls and what we do when we arrive on site. We are also seeing a shift in recruitment. Today’s recruits have grown up learning through completely different methods and media than the current generations. They will ultimately dictate what future stations will look like. We can’t predict what technologies or strategies will exist in the future, so flexibility is key when we look at facilities being constructed today.”

Kuhl agreed to go out on a limb and offered these four predictions about design trends in 2030:

“We probably can’t breed out all of the money-wasting design fads driven by junk science and greed,” Jahnke says. “Tomorrow’s firehouses will need to be built with the flexibility to adapt to what we don’t yet know. And we will need to continue educating those planning and paying for the stations on the importance and accuracy of what we do know about firefighter health and wellness.”

For more information on the Science Alliance and to access this and other firefighter health and wellness research findings, visit science-alliance.org. 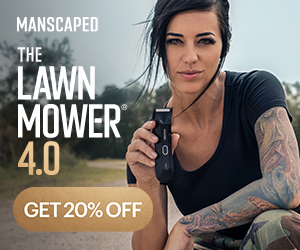 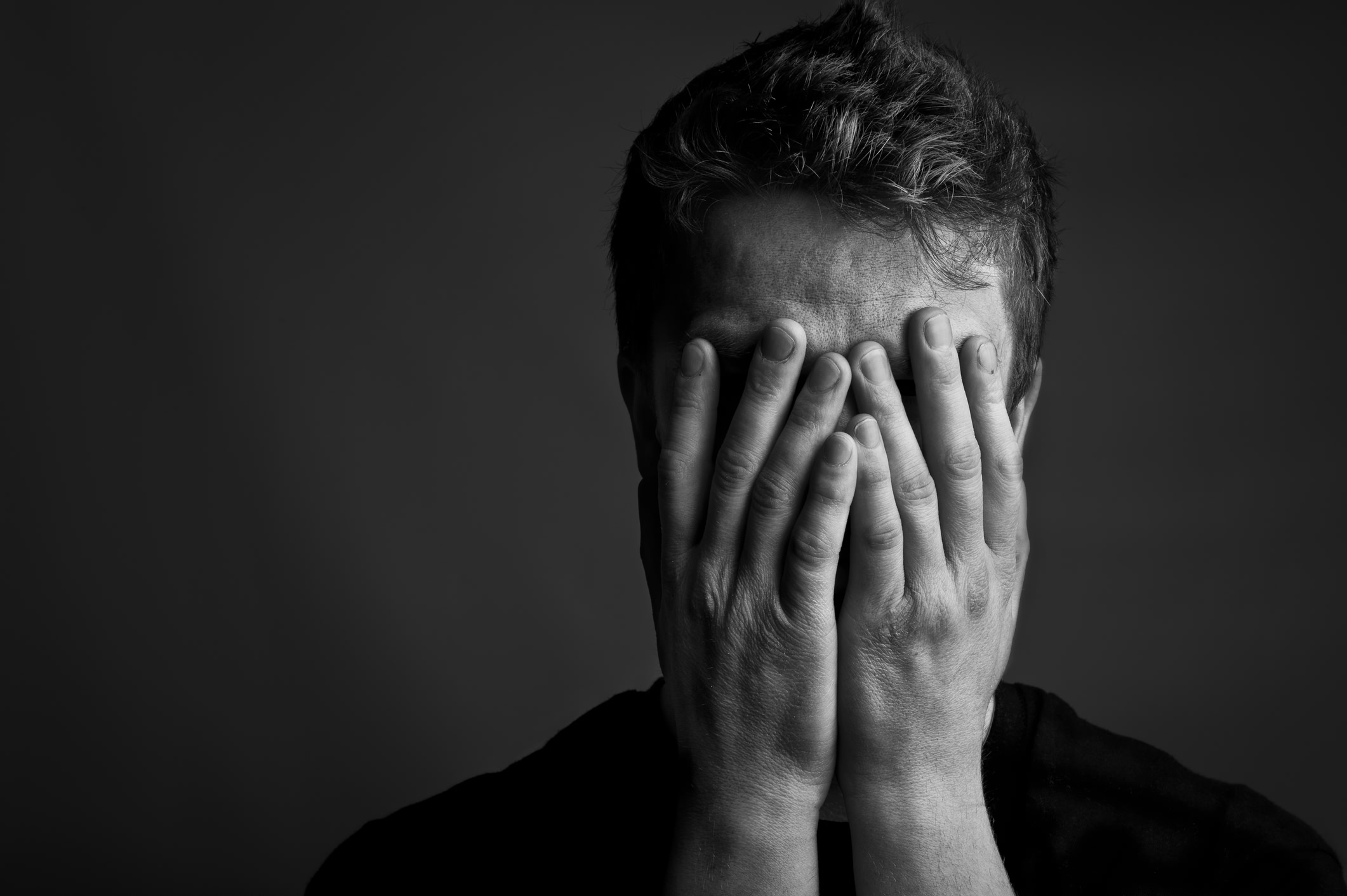 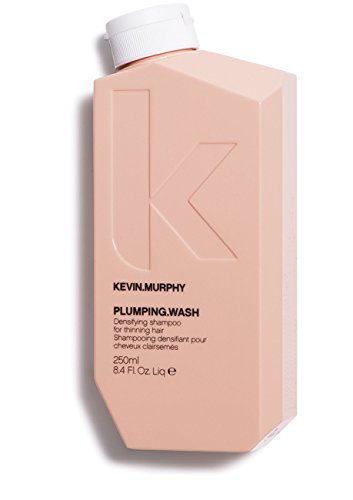 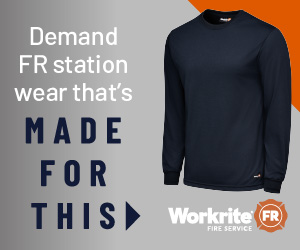